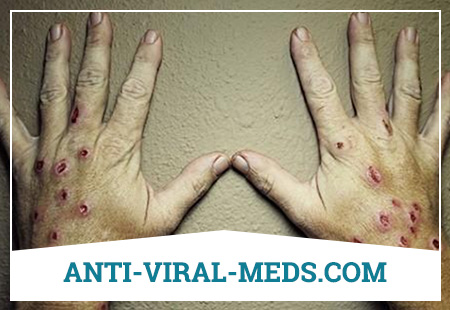 What is Opportunistic Mycosis?

Opportunistic mycoses are a group of mycoses that are caused by conditionally pathogenic fungi from the genera Absidia, Aspergillus, Candida, Mucor, Penicillium, etc. in immunodeficient individuals.

The conditionally pathogenic flora, to which pathogens of opportunistic mycoses belong, is alone unable in the lumen of cavities and tubular structures, where it falls from the outside, to be sufficient for its representatives to be regarded as true parasites. More often, it is in a state of parasitism, imaginary (false) parasitism. However, when associations of viruses, pathogenic bacteria, fungi, zooparasites and other microorganisms occur and they jointly live in the lumen of the cavities and tubular systems of a particular host and have a significant impact on each other, then the conditions for their integration, the parasitosis, are created; conditionally pathogenic fungi of aggressive properties are associated not only with the inhibition of the body’s defenses, but also with the phenomena of the emerging parasitic cenosis.

Each of the participants of this integration (fungus, bacterium, virus) is not sufficient for the occurrence of the disease, but is necessary in aggregate in order for it to become sufficient and could cause a disease that is multicomponent. A prerequisite for adequacy for the occurrence of the disease is the integration of the necessary causes, the equity participation of which may be different in their importance and time of exposure.

Pathomorphogenesis of opportunistic mycoses should be studied from its initial stages, when the transient carriage is transformed into the initial form as a mixed mycocenosis and is localized in the lumen and on the surface of the mucous membrane. In conditions of violation of nonspecific resistance associated with inhibition of the neutrophilic system, a significant weakening of the immune defense in the multilevel barriers of the mucous membrane, translucent mycopathy turns into an invasive form. This transition can be narrowly local in nature and, therefore, it is extremely difficult to determine by histological examination. Therefore, so often there is a negative answer about the presence of invasion. It can take a manifested form, which is observed when there is damage or absence of the epithelial lining and pronounced immunodeficiency in severely weakened patients.

Transformation of lumenous mycopathy into an invasive form is observed in various types of immunodeficiency manifestations associated not only with any previous disease, but also due to iatrogenic factors, including treatment with antibiotics, hormones, cytostatics. Under these conditions, peculiar terminal invasive opportunistic mycoses develop against the background of pronounced immunodeficiency, which are difficult to treat. Sometimes, such invasive visceral forms can develop when conditionally pathogenic fungi in debilitated patients bypass the protective barriers into the blood during intravenous infusions, operations on the circulatory organs, in conditions of transplant surgery.

Visceral invasive forms of opportunistic mycoses, which most often occur in the terminal period, should be regarded in their pathogenetic essence as the second induced disease, or the disease of the end of any previous suffering.

Opportunistic mycoses cause saprophytic species that penetrate from the external environment or are part of the microbial communities of the human body. The pathogenicity of pathogens is very low, and they usually do not cause damage to healthy individuals (which, in fact, reflects the general name of the disease).

Opportunistic mycoses are common in individuals with various impaired immunobiological resistance. Infections caused by Candida and other yeast-like fungi usually develop as endogenous diseases. Mold fungi (aspergillus, etc.), the conidia of which are constantly released from the air, cause exogenous lesions.

As a rule, the majority of opportunistic mycoses proceeds as mono-infection, but with deep immunodeficiencies mixed infections caused by several types of fungi are observed.

There are superficial (intraepithelial) and invasive (with violation of the integrity of the epithelium and basement membrane) form.

The greatest difficulties arise in determining mycotic lesions of the mucous membranes lined with cylindrical epithelium, especially in the digestive tract, which contains a huge number of microorganisms separated from the “sterile” tissues with just one layer of epithelial cells of the mucous membrane. “Keep in check” a huge number of potential enemies (various kinds of microorganisms) located in the gaps, designed and allows a significant number of neutrophils that are involved in monitoring the corresponding microbiota. The presence of neutrophils in the places of accumulation of associations of opportunistic fungi with various pathogens is apparently associated with the maintenance of an adequate quantitative or qualitative composition of the microbiota in the lumens and on the surface of the mucous membranes.

The treatment of all systemic opportunistic mycoses requires a comprehensive etiopathogenetic approach and includes: