Genital herpes is a viral disease that is caused by herpes simplex virus (HSV) infection. There are two variants of this virus, namely HSV-1 and HSV-2. Each type causes characteristic symptoms and patterns of pathogenesis in the infected individual. Although most people know it as a sexually transmitted infection (STI), genital herpes can be transmitted from one person to another by non-sexual means such as direct contact with the genitals of an infected person or their genital secretions. 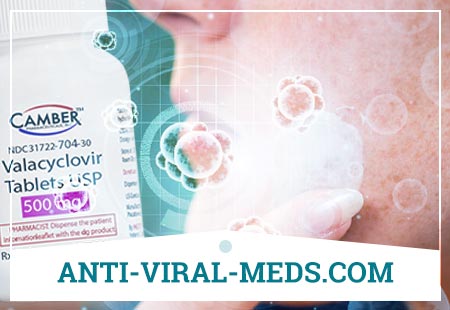 Herpes has afflicted human-kind for centuries and the evidence of its long presence in human history can be found in ancient literature. Giving us the first glimpse of this malady is none other than Hippocrates himself. During his lifetime (460 - 370 BCE) he wrote about the symptoms of herpes. And the word herpes also has its roots in the Greek word "herpein" which means to crawl, after the manner of the disease's spread over the affected areas. Records of great Roman physicians such as Celsus trying to develop a treatment regimen to the illness also bears witness to the affliction of Romans by the disease.

In the recent centuries, the 19th and 20th, more about the mechanisms of transmission of the disease and its treatment have been elucidated. However, until 1975 herpes was treated no worse than a common cold in most nursing and medical textbooks. It was after the development of the drug acyclovir that the pharmaceutical company Burroughs Wellcome launched a campaign to publicize the illness, as part of an extensive marketing strategy. For a long time, it has aroused the interest of scientific communities, public health officials and more pharmaceutical companies alike to forge discoveries in the transmission and possible cures for the disease.

Despite its long history and enormous efforts that have been made towards finding a cure for this disease, it still remains a thorn in the flesh as no vaccine and cure have been found to halt its transmission and eliminate it.

Genital herpes has a worldwide presence and is of a considerable epidemiological and public health interest according to major health bodies. Some statistics show that the infection rate of herpes simplex viruses is almost 90-percent. Although some of the people that are infected with the viruses show definitive symptoms of the disease, most do not. And this presents a huge challenge as the asymptomatic persons have more significant risks in transmitting the virus to others.

Transmission of the virus may occur horizontally as in the case of sexual or contact transmission or vertically as in the mother to child scenario. The number of HSV-2 infections has considerably increased in the recent years while that of HSV-1 has not. Evidence also suggests that HSV-1 is the most prevalent amongst the children, but HSV-2 does not occur until the age of puberty as sexual maturity is attained.

A lot of continental data and statistics concerning the seroprevalence of the virus types, the average age of infections, intersexual differences in acquiring the infection and risk groups have been generated as a result of the efforts to curb the spread of the disease. However, it should be of note that even within individual continents, there are marked disparities in the statistics among different countries. For example, the common age of HSV-1 infection in Central and Eastern European countries is from 5-9 years, while the typical age in Northern European countries like Germany its about 25 years - a wide difference indeed. 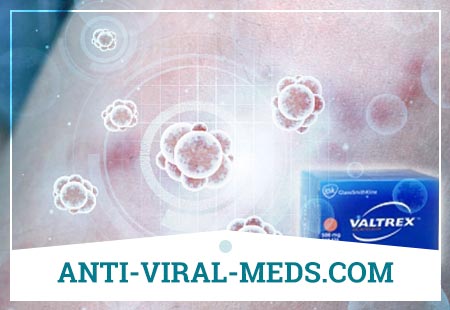 Typically, the symptoms begin to show within a range of 2 - 12 days after exposure to the virus. They may include:

These lesions typically develop in the area that is exposed to infection but one may spread them from those areas to others by scratching then rubbing onto other body surfaces. The patterns and location of the vesicles may vary depending on the type of virus infecting and the sex of the infected person.

HSV-1 infections typically produce lesions that are above the waist (including oral) while HSV-2 infections produce those that are below the waist (typically genital). Both men and women can have the sores on the buttocks, anus, mouth, and urethra. However, there are some differences between them such that women can also develop sores in the vaginal area, cervix and their external genitalia while men can have them on the penis and the scrotal area.

These lesions can also be accompanied by flu-like symptoms such as swelling of the lymph nodes in areas such as the groin, headaches, aching muscles, and fevers.

Accompanying genital herpes disease, are other clinical complications that depend on the type of causative virus. Some of them may be due to primary infections while others may be due to recurrent infection. However, most manifest in both cases.

Although genital herpes itself has been a result of HSV-2 infection for a long time, recent dynamics in people's sexual practices such as oral sex have seen even HSV-1 leading to genital herpes as oral lesions serve as sources of infection to the genital areas. The stark boundary between the two has slightly dimmed as a result and further compounded the complications associated with this disease.

For the sake of clarity, it is prudent to classify the complications according to the causative virus.

HSV-2 complications are somewhat fewer than those of HSV-1 but in most cases more disturbing. They are:

The mechanism of pathogenesis is almost similar for both of the causative viruses. In all, the virus moves from the initial site of infection to the neurons of the affected area, in which they migrate by retrograde axonal transport to the ganglions where they eventually lodge.

The virus can be reactivated from its latency by aggravating factors such as stress, trauma, fever, hormonal changes, and sunlight. When activated, the virus moves from the ganglion to the neurons where it replicates in the skin covered by the dermatomes of the neuron to give rise to vesicular lesions. The vesical basically contains cellular debris and the viral particles, with multinucleated giant immune cells at its base. This explains why the bursting of the vesicles leads to the transmission of infection.

Recurrence of viral infection occurs due to the incompetence of the immune system in containing the infection; as it occurs even with the circulation of IgG antibodies. Statistics show that after the first episode of infection, the recurrence rates stand at, at least once in eighty percent of those infected with HSV-2 while at 50-percent for HSV-1. Further figures show that HSV-2 recurs about 4 to 6 times in a year as opposed to once recorded for HSV-1 infections.

Immunity against herpes is virus type-specific but sometimes there may be cross-immunity. Cell-mediated immunity plays the major role in eliminating the infected cells as shown by rapid recurrence and re-infection when this arm of the immune system is suppressed.

Clinical diagnosis can be made by observing the symptoms and signs that the infected person presents with. However, this method is heavily unreliable since herpes infections symptoms may overlap with or be similar to those of other infections such as molluscum contagiosum, syphilis or hidradenitis suppurativa. Therefore, the most definitive means of detecting the infection is through running laboratory tests. There are two major ways in which this can be done:

Valacyclovir and famciclovir are the primary drugs used in the treatment of genital herpes and the suppression of its recurrences. It should be noted, however, that no drug currently exits that can prevent the recurrence of infection or eliminate the viral infection in its latent stage. However, long-term suppression of recurrences can be achieved by prophylactic administration of acyclovir, valacyclovir, and famciclovir. No complete cure for the disease has yet been found.

Acyclovir is the treatment of choice for systemic diseases and encephalitis caused by HSV-1.

Herpes infection can be prevented primarily by avoiding contact with the infected lesions or ulcers. This can be achieved by resorting to cesarean delivery for term mothers with active infection of the virus and abstinence. Some research has also shown that male circumcision significantly reduces the risks of infection, but one should not be deceived to think that it is fully preventive.

A lot of research interest has gone into the study of HSV in order to find a cure or better still a vaccine for this incurable disease. One of the most mammoth projects that have been flagged off to find the herpes vaccine is the International Herpes Vaccine Project that is funded by the National Institute of Health and is conducted at the Harvard Medical School.

With the numerous research projects, public health awareness and governmental support in managing this disease, it can be said that the prospects of controlling it better or even eliminating it are good. We only wish we could be endowed with an excellent foresight.