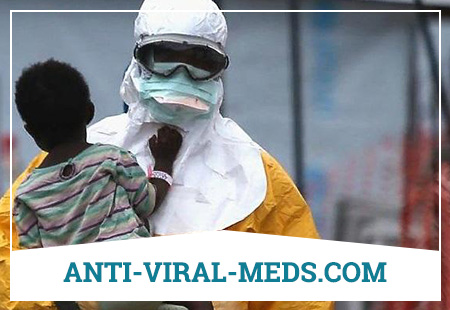 What is Ebola in Children?

Ebola fever (hemorrhagic) in children is a particularly dangerous acute viral infectious disease, which in all cases is severe, with hemorrhagic syndrome. High death rate, especially among children.

The infection is carried by rodents that live next to humans: mice, rats, etc. There have been cases of infection from eating the monkey brain and from opening corpses of chimpanzees living in the wild. A sick person, regardless of age and stage of the disease, is dangerous to others.

Ebola fever is transmitted to children in the following ways:

The virus is found in the saliva of a sick baby, in the blood, urine, it can also be present in semen (in adolescents). People become infected by caring for the sick. The virus is transmitted by household means – through household items and unwashed hands, as well as through medical tools. The probability of infection within the family is from 3% to 17%, and with a nosocomial form of the disease – even higher!

The susceptibility of people to the Ebola virus is high regardless of their age and gender. Immunity formed after recovery is relatively high. A person can get sick again with rare cases – less than 5%. There is a possibility of erased or subclinical forms of the disease, because in those areas where the virus “walks”, antibodies to Ebola are often found in the blood of the population – in 7-10% of children and adults.

Ebola virus in children is common in Central and West Africa:

In the spring and summer months, the incidence rate is highest. Today, outbreaks of the virus are recorded in other countries of the world.

Causes of Ebola in Children

Ebola fever in children provokes Ebolavirus of the genus Marburgvirus of the Filoviridae family. This is a large virus. The shape of the virion can be branching, filiform, arachnid, its length is about 12 thousand nm. In the composition of the virus, 7 proteins are observed. In structure, the Ebola and Marburg viruses are identical, but their antigenic structure is different. According to the antigenic properties of glycoproteins, 4 serotypes of Ebola virus are distinguished, of which three cause diseases in children and adolescents.

The virus is highly variable. To environmental factors, stability is average. The virus can be affected by humidity, sunlight, etc., destroying it to some extent.

Pathogenesis during Ebola in Children

Ebola virus enters the body through the skin and mucous membranes. It enters the lymph nodes and spleen, and its replication takes place there. High intensity viremia develops in the acute period of the disease. The production of platelets in the body decreases, the endothelium of the blood vessels and internal organs is affected, the formation of necrotic foci occurs. Hemorrhages occur. The maximum changes in Ebola (hemorrhagic) in children are observed in such organs and systems:

Symptoms of Ebola in Children

The incubation period for Ebola hemorrhagic fever in children is from 2 to 16 days. On average, it is 7 days, but in different cases it can fluctuate. The beginning is sudden. The child’s temperature rises to a value of 39-40 ° C, weakness appears in the body, severe headache.

Typical symptoms of the disease:

After 2-3 days of illness, symptoms such as vomiting, abdominal pain, diarrhea with blood appear, which generally leads to rapid dehydration. From the very beginning of Ebola, children have sunken eyes and loss of facial expressions. After 3-4 days of the disease, even more severe symptoms appear:

These are manifestations of the so-called hemorrhagic syndrome. It is progressing rapidly, especially in children. Half of the patients on the 5-7th day from the onset of the disease develop a measles-like rash, after which the skin peels. The child is sleepy, inhibited, confused consciousness. In some cases, the patient may have psychomotor agitation, manifested mainly by motor anxiety.

On the 8-9th day from the onset of Ebola, children are fatal due to massive blood loss and shock. If the outcome is favorable, which is less common, the fever lasts from 10 to 12 days, and the child recovers within two to three months. During the recovery period, the child is anorexic, asthenized, hair loss, cachexia, mental disorders and trophic disorders are observed.

Complications of Ebola in children and adolescents can be hemorrhagic, infectious toxic, hypovolemic shock.

Diagnosis of Ebola in Children

The diagnosis of Ebola hemorrhagic fever is complex, as specific symptoms of the disease are not observed. This diagnosis is suspected if the child has a fever, damage to many organs, hemorrhagic manifestations, neurological symptoms and diarrhea. The history also takes into account the child’s stay in endemic countries (Africa) and contact with Ebola patients or similar diseases.

Specific laboratory diagnosis of Ebola hemorrhagic fever is carried out by virological and serological methods. The virus is isolated from the nasopharyngeal mucus, blood, urine of the patient, and cell structures are infected. An electron microscopic examination of biopsy samples of the skin or internal organs is carried out. The following laboratory diagnostic methods are relevant:

All studies are carried out in special laboratories with a biological safety level IV.

Among instrumental research methods for suspected Ebola in children, ECG, chest x-ray, and ultrasound are relevant.

Differential diagnosis of Ebola is extremely difficult. The disease can be confused with Lassa, Marburg, yellow fever. Also, symptoms are similar to malaria, septicemia, typhoid and other diseases. Therefore, the data of electron microscopy, virological, and serological studies are important. With yellow fever, children also have an acute onset of the disease, symptoms of intoxication are pronounced, thrombohemorrhagic syndrome is pronounced.

In the differential diagnosis of Ebola, the following data are taken into account:

Ebola fever during diagnosis is distinguished from many infectious diseases that occur with hemorrhagic syndrome. In the early days of the disease, while there are no hemorrhagic signs, the clinical picture of Ebola in children is similar to a severe form of acute-onset influenza. But with Ebola, symptoms of central nervous system damage are more pronounced, vomiting and diarrhea are often present, and catarrhal phenomena are extremely rare or nonexistent.

The similarity of Ebola and leptospirosis is that both diseases have an acute onset, symptoms of intoxication are expressed, and there are hemorrhagic manifestations. But with leptospirosis, the child does not have cough, vomiting, abdominal and chest pain, leukopenia and diarrhea.

If there are suspicions of Ebola in children, the baby is urgently hospitalized and placed in a separate box.

Treatment of Ebola in Children

The etiotropic treatment of Ebola hemorrhagic fever has not been developed. In the epidemic focus, plasma of convalescents is used. Doctors prescribe pathogenetic and symptomatic drugs. The fight against dehydration, intoxication, shock and bleeding is carried out by traditional medical methods.

The child must adhere to bed rest. You need copper monitoring 24 hours a day. The child is prescribed diet 4 according to Pevzner. For 3 months after discharge from the hospital (if the outcome is favorable), the child needs to experience physical and emotional stress as little as possible. Clinical supervision is not assigned.

The child during the treatment of Ebola hemorrhagic fever and during the recovery period of the body must eat fully. The advantage is given to easily digestible products. There are no diet restrictions.

Prevention of Ebola in Children

Specific preventive measures have not been developed to date.

Ebola fever in children and adolescents can be prevented with the help of specific immunoglobulin obtained from the serum of immunized horses (the method was developed at the Virology Center of the Research Institute of Microbiology).

In the foci of diseases of all patients, it is necessary to isolate, establish control over those who came into contact with the infected. The implementation of the International Epidemiological Surveillance System is essential for prevention.

Ebola hemorrhagic fever prognosis in children
The forecast is serious in all cases. Mortality can reach from 50% to 90%. A favorable outcome entails a long recovery (several months).

WHO activities
WHO provides technical knowledge and documentation to support the investigation and control of the disease. Recommendations have been developed for infection control in caring for patients with Ebola.

WHO has developed a leaflet on standard health precautions (updated to date, as above recommendations).

Standard precautions are recommended for the care and treatment of all patients, regardless of whether the diagnosis of Ebola is confirmed, or if it is only suspected. The basic level of infection control should be maintained: hand hygiene, prevention of needle pricks and injuries from other sharp instruments, use of personal protective equipment to prevent direct contact with blood and body fluids, as well as a number of environmental protection measures.