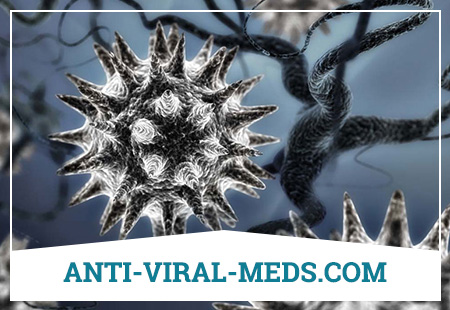 What is Slow Viral Infections?

Slow viral infections – a group of viral diseases of humans and animals, characterized by a long incubation period, a peculiarity of damage to organs and tissues, a slow course with a fatal outcome.

The study of slow viral infections is based on many years of research by Sigurdsson (V. Sigurdsson), who published in 1954 data on previously unknown mass diseases of sheep. These diseases were independent nosological forms, however, they had a number of common features: a long incubation period lasting several months or even years; protracted course after the first clinical signs appear; the peculiar nature of histopathological changes in organs and tissues; mandatory death. Since then, these signs serve as a criterion for classifying the disease as a group of slow viral infections. After 3 years, Gaidushek and Zigas (D.S. Gajdusek, V. Zigas) described an unknown disease of the Papuans on Fr. New Guinea with a long-term incubation period, slowly progressive cerebellar ataxia and tremor, degenerative changes only in the central nervous system, always ending in death. The disease was called “kuru” and opened a list of slow viral infections of a person, which is still growing.

On the basis of the discoveries made, an assumption was initially made that a special group of slow viruses existed in nature. However, it was soon established that it was erroneous, firstly, due to the discovery of a number of viruses that cause acute infections (for example, measles, rubella, lymphocytic choriomeningitis, herpes viruses), the ability to also cause slow viral infections, and secondly, due to with the discovery of a typical slow virus infection in the pathogen, the visna virus, the properties (structure, size and chemical composition of virions, features of reproduction in cell cultures) characteristic of a wide range of known viruses.

Prions are composed of a protein with a molecular weight of 27,000-30,000. The absence of nucleic acids in the prions determines the unusualness of some of the properties: resistance to β-propiolactone, formaldehyde, glutaraldehyde, nucleases, psoralenes, UV radiation, ultrasound, ionizing radiation, heating to t ° 80 ° (with incomplete inactivation even under boiling conditions). The gene encoding the prion protein is not in the prion, but in the cell. Prion protein, entering the body, activates this gene and induces the synthesis of a similar protein. At the same time, prions (also called unusual viruses), with all their structural and biological identity, have a number of properties of ordinary viruses (virions). They pass through bacterial filters, do not reproduce on artificial nutrient media, reproduce to concentrations of 105-1011 per 1 g of brain tissue, adapt to a new host, change pathogenicity and virulence, reproduce the phenomenon of interference, have strain differences, and the ability to persistence in cell culture, derived from the organs of an infected organism can be cloned.

The group of slow viral infections caused by virions includes about 30 diseases of humans and animals. The second group combines the so-called subacute transmissible spongiform encephalopathies, including four slow human viral infections (Kuru, Creutzfeldt-Jakob disease, Gerstmann-Straussler syndrome, amyotrophic leukospongi) and five slow viral infections of animals (scrapie, transmissive encephalitis captive deer and elk, spongiform encephalopathy of cows). In addition to the aforementioned, there is a group of human diseases, each of which according to the clinical symptom complex, the nature of the course and the outcome corresponds to the signs of slow viral infections, however, the causes of these diseases are not precisely established and therefore they are classified as slow viral infections with the presumed etiology. These include Vilyui encephalomyelitis, multiple sclerosis, amyotrophic lateral sclerosis, Parkinson’s disease and several others.

The viral nature of “slow viral infections” confirms the study and characterization of these agents:

The epidemiology of slow viral infections has a number of features, primarily related to their geographical distribution. So, Kuru is endemic to the eastern plateau of Fr. New Guinea, and Vilyui encephalomyelitis – for areas of Yakutia, mainly adjacent to the river. Vilyuy. Multiple sclerosis is not known at the equator, although the incidence in the northern latitudes (the same for the southern hemisphere) reaches 40-50 per 100,000 people. With the ubiquitous relatively uniform spread of amyotrophic lateral sclerosis, the incidence on Fr. Guam 100 times, and on about. New Guinea is 150 times higher than in other parts of the world.

With congenital rubella, acquired immunodeficiency syndrome (HIV infection), chicken, Creutzfeldt-Jakob disease, and others, the sick person is the source of infection. With progressive multifocal leukoencephalopathy, multiple sclerosis, Parkinson’s disease, Vilyui encephalomyelitis, amyotrophic lateral sclerosis, multiple sclerosis, the source is not known. In slow viral infections of animals, sick animals are the source of infection. In Aleutian mink disease, lymphocytic choriomeningitis of mice, infectious horse anemia, scrapie, there is a risk of human infection. The mechanisms of transmission of pathogens are diverse and include contact, aspiration and fecal-oral; transmission through the placenta is also possible. Of particular epidemiological danger is this form of the course of slow viral infections (for example, with scrapie, visna, etc.), in which latent virus carriers and typical morphological changes in the body are asymptomatic.

Pathological changes in slow viral infections can be divided into a number of characteristic processes, among which, first of all, degenerative changes in the central nervous system should be mentioned (in humans, with chicken, Creutzfeldt-Jakob disease, amyotrophic leukospongiosis, amyotrophic lateral sclerosis, Parkinson’s disease, animal encephalomyelitis; – with subacute transmissible spongiform encephalopathies, slow influenza infection of mice, etc.). Often, CNS lesions are accompanied by a process of demyelination, which is especially pronounced in progressive multifocal leukoencephalopathy. Inflammatory processes are quite rare and, for example, with subacute sclerosing panencephalitis, progressive rubella panencephalitis, visna, and Aleutian mink disease are perivascular infiltrates.

The common pathogenetic basis of slow viral infections is the accumulation of the pathogen in various organs and tissues of the infected organism long before the first clinical manifestations and the long, sometimes perennial, multiplication of viruses is often also in those organs in which pathohistological changes are never detected. An important pathogenetic mechanism of slow viral infections is the cytoproliferative reaction of various elements. For example, spongiform encephalopathies are characterized by severe gliosis, pathological proliferation and hypertrophy of astrocytes, which entails vacuolization and death of neurons, i.e. development of a spongy state of brain tissue. In Aleutian disease of minks, visna and subacute sclerosing panencephalitis, pronounced proliferation of lymphoid tissue elements is observed. Many slow viral infections, such as progressive multifocal leukoencephalopathy, lymphocytic choriomeningitis of newborn mice, progressive congenital rubella, slow influenza infection of mice, infectious anemia of horses, etc., can be caused by a pronounced immunosuppressive effect of viruses, the formation of immune complexes that damage the virus and the antibody and complexes on cells of tissues and organs with the involvement of autoimmune reactions in the pathological process.

A number of viruses (measles, rubella, herpes, cytomegaly, etc.) viruses can cause slow viral infections as a result of intrauterine infection of the fetus.

The clinical manifestation of slow viral infections is sometimes (kuru, multiple sclerosis, Vilyui encephalomyelitis) preceded by a period of precursors. Only with Vilyui encephalomyelitis, lymphocytic choriomeningitis in humans and infectious anemia of horses, diseases begin with an increase in body temperature. In most cases, slow viral infections occur and develop without a temperature reaction of the body. All subacute transmissible spongiform encephalopathies, progressive multifocal leukoencephalopathy, Parkinson’s disease, visna, etc. are manifested by impaired gait and coordination of movements. Often these symptoms are the earliest, later hemiparesis and paralysis join them. Chickens and Parkinson’s disease are characterized by trembling limbs; with visna, progressive congenital rubella – lag in body weight and growth. The course of slow viral infections, as a rule, is progressive, without remissions, although with multiple sclerosis and Parkinson’s disease remissions can be observed, increasing the duration of the disease up to 10-20 years.

In general, slow infections are characterized by:

Slow viral infections are recorded in humans and animals and are characterized by a chronic course. Slow infection is associated with the persistence of the virus, characterized by its peculiar interaction with the host organism, in which, despite the development of the pathological process, as a rule, in the same organ or in the same tissue system there takes place a many-month or even many-year incubation period, after which it is slowly but steadily the symptoms of a disease that always ends fatally develops.

The treatment has not been developed. The prognosis for slow viral infections is poor.